So the Dark Lands server has been an amazing success since it opened at the start of the year, but a server built around how you interact with the light and darkness was always going to be a server needing more content down in the dark underground.

Caverealms has always been a rather lovely mod and was the obvious choice for this, but it was inefficient and flooded caves with lava. It was screaming for a rewrite and for all kinds of adjustments, and thankfully we have a Zeno, and to the rescue he came with the new caverealms-lite.

Instead of merely rewriting the original mod, we went on to add new content and to link it closely with other mods such as ethereal. 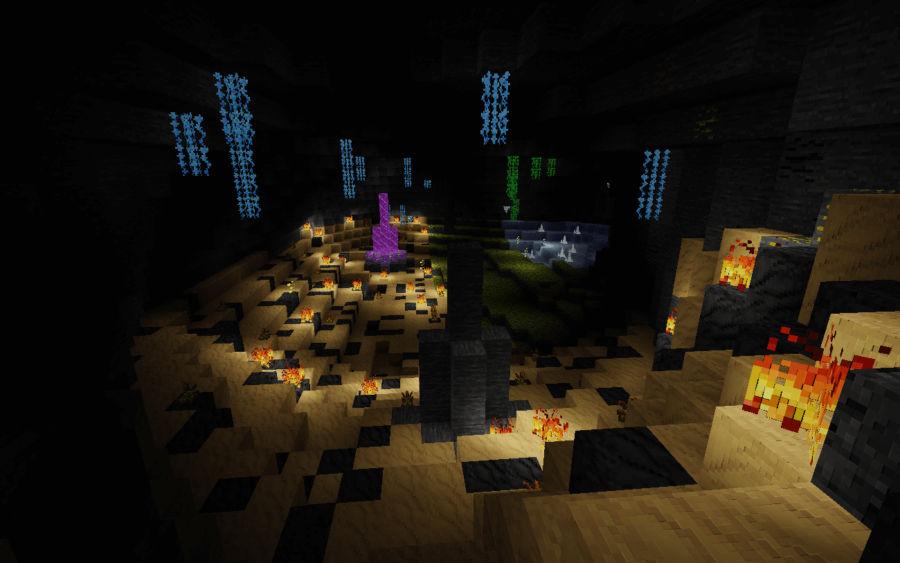 And alongside them, frozen caves filled with icicles: 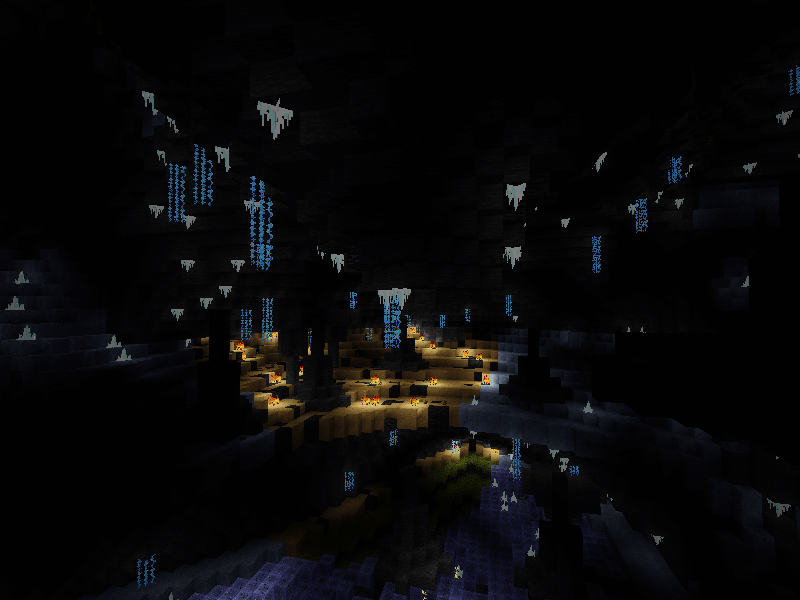 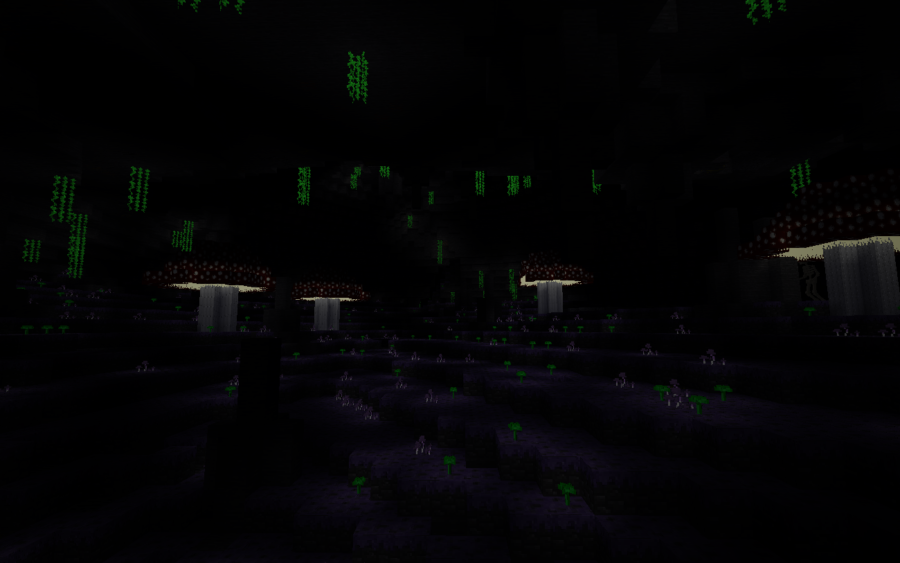 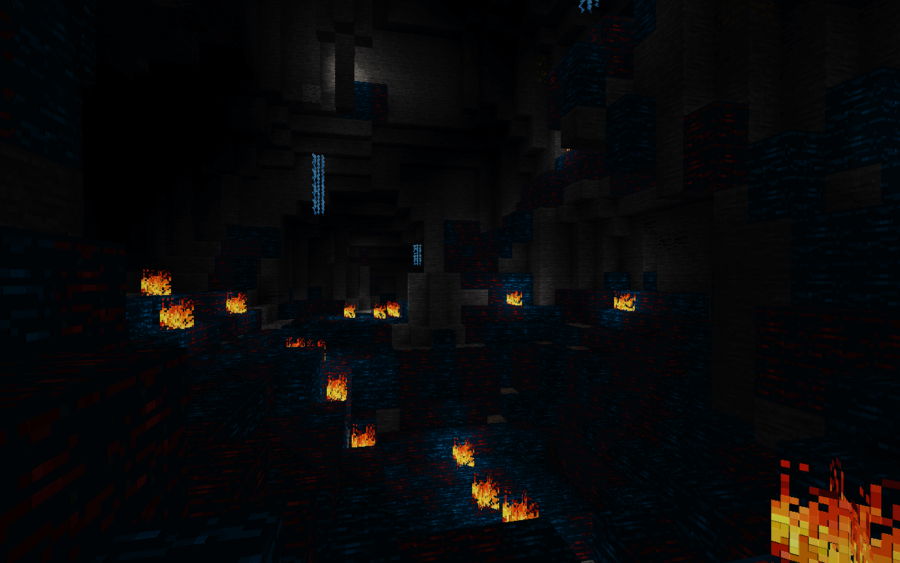 And the frightful burning realm the dungeon masters themselves call home: 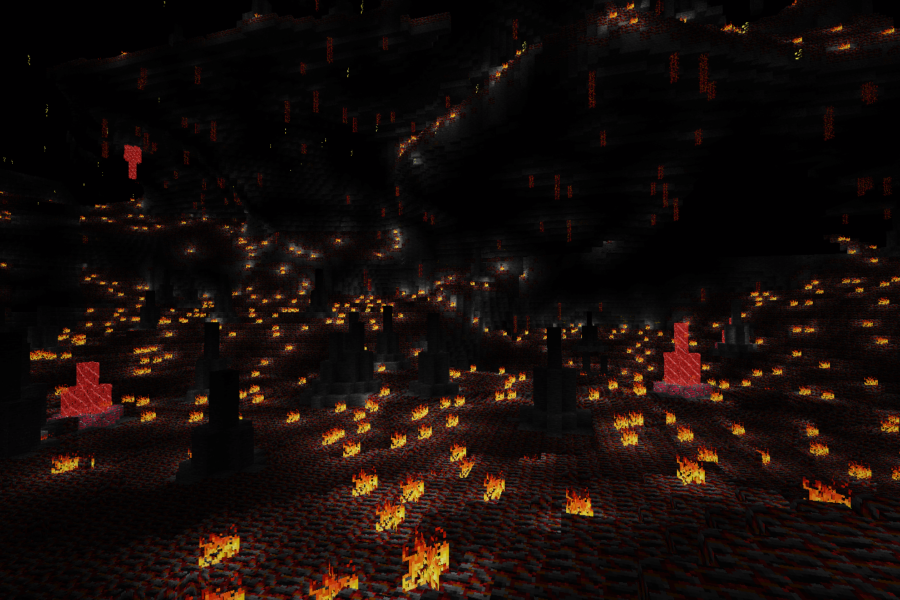 And if that’s not enough, the deep caves are filled with crawling bugs and hordes of dangerous goblins, as well as other things. Other things that someone bold enough might even find ways to befriend and take home with them… if they don’t get eaten first. 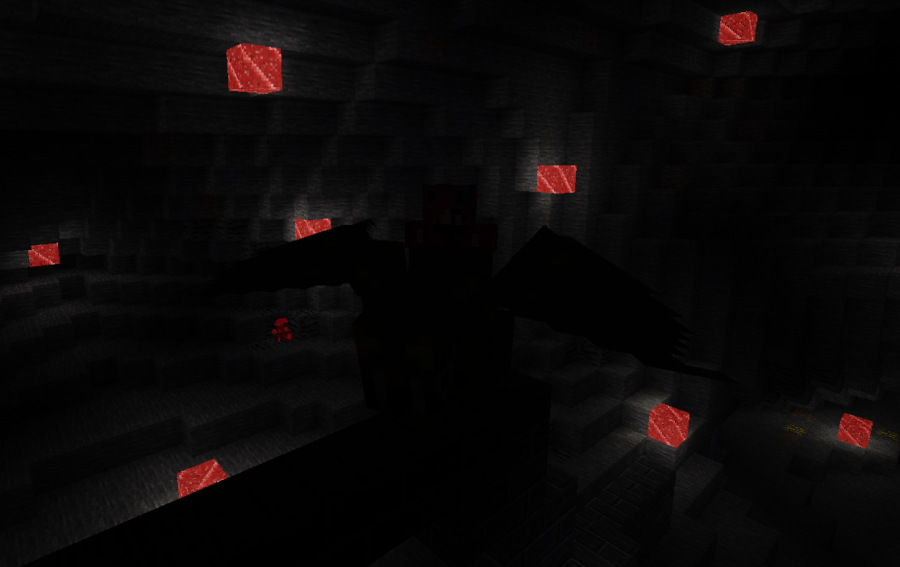 Try not to die too many times, down there in the dark…